By an invitation from the Division of Media at the Northern Technical University, the Director of the Division of Media and Public Relations at Al-Noor College, Mr. Thamer Mayouf attended the proceedings of the first media forum, which was held under the auspices of Prof. Dr. Aliaa Abbas Al-Attar, President of the Northern Technical University, in light of the Iraqi press anniversary and under the title “The Role of Media in Universities and Society” In order to honor a constellation of Nineveh journalists and media institutions.

At the beginning of the forum, Prof. Dr. Alia Al-Attar welcomed the attendees, emphasizing that this honor indicates the interest in independent media and the media of institutions. Then, the media personality Mr. Thamer Mayouf gave the speech of Al-Noor University College conveying the greetings of the family of Al-Noor University College, its pride in the twinning agreement and its keenness to continue cooperation; he also called for unifying the media discourse as a service to Nineveh and fairness to the givings of its institutions and public figures.. After that three lectures were presented.. then the president of the university awarded the forum shield to the head of the Nineveh Journalists Syndicate, Nawfal Al-Rawi, the Director of Media Division at Al-Noor University College, Mr. Thamer Mayouf, and the Media Directors in the departments and offices of TV channels
Finally, a group of media professionals were chosen to honor them for their efforts in showing the bright side of this province.
This ceremony was documented by the media team of Al-Noor University College, Ahmed Al-Shakerchi and Mustafa Al-Kalak. 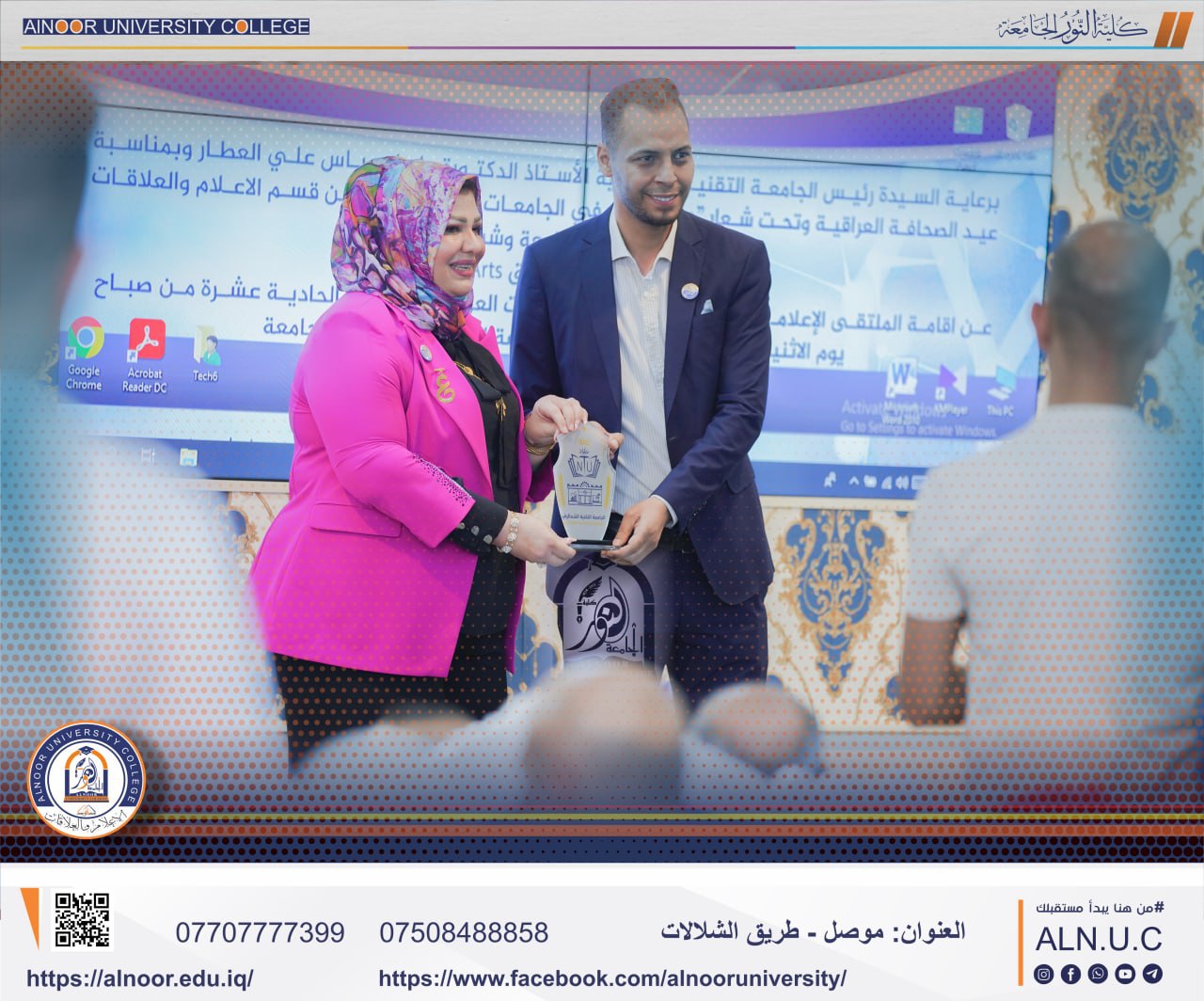 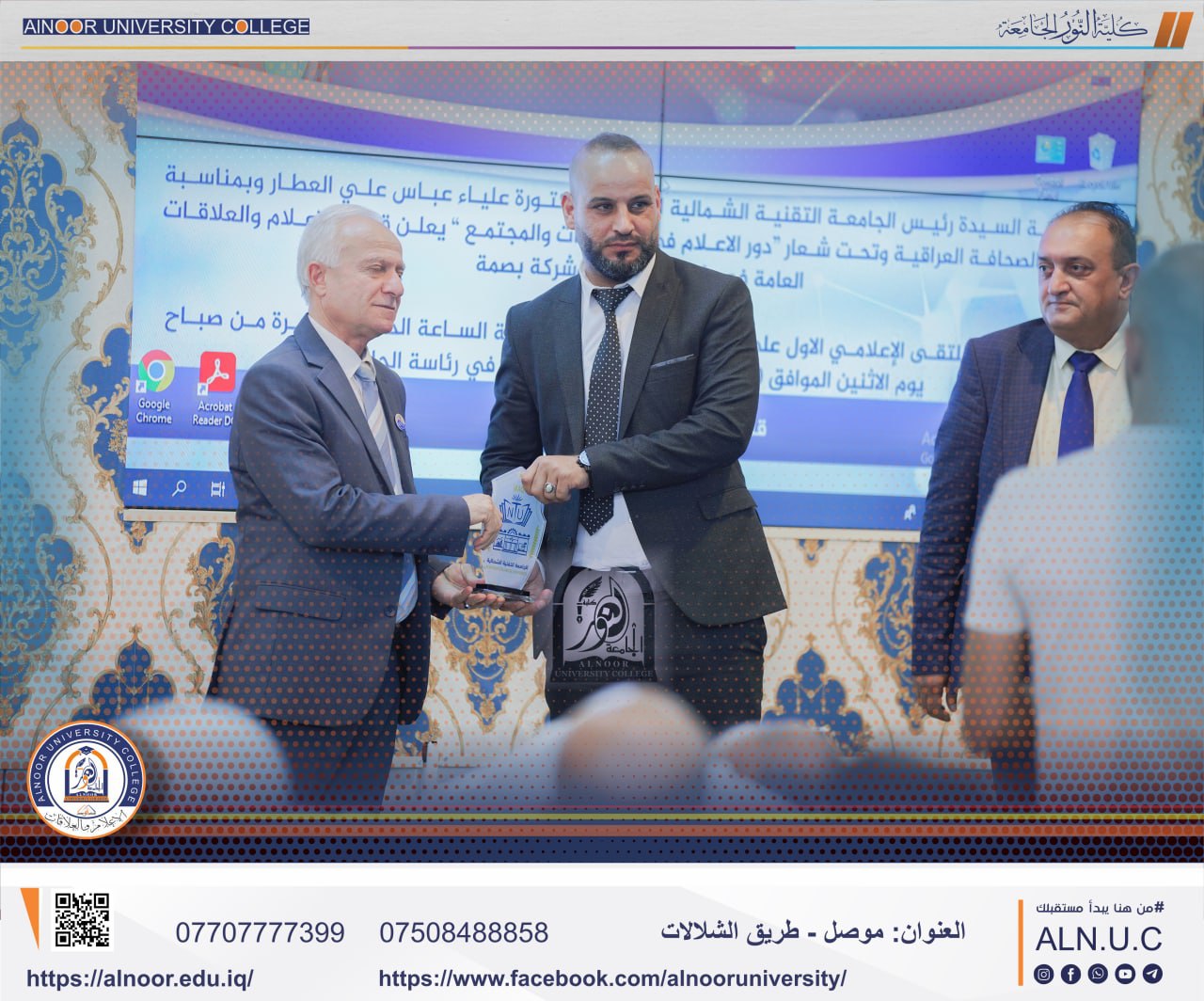 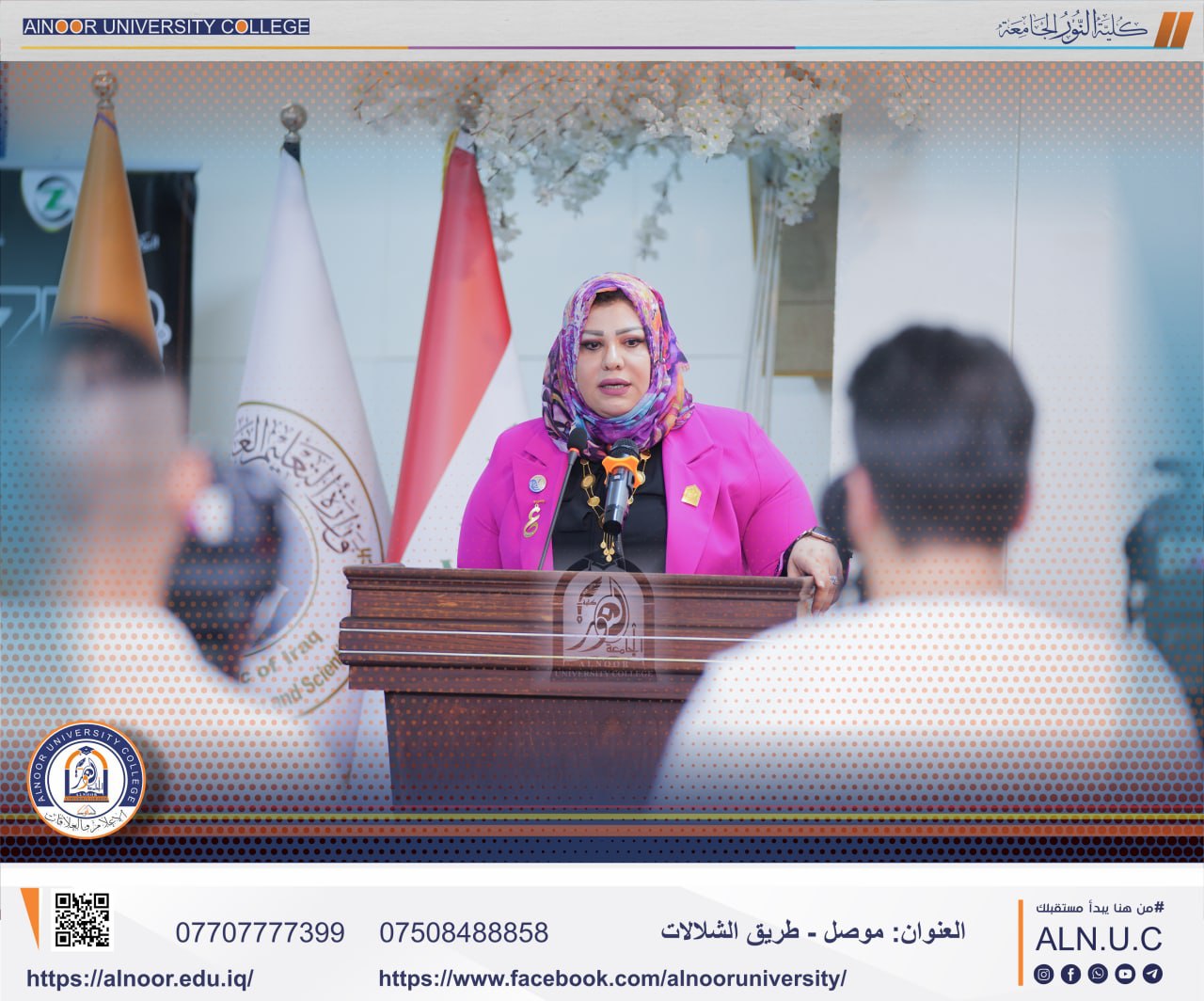 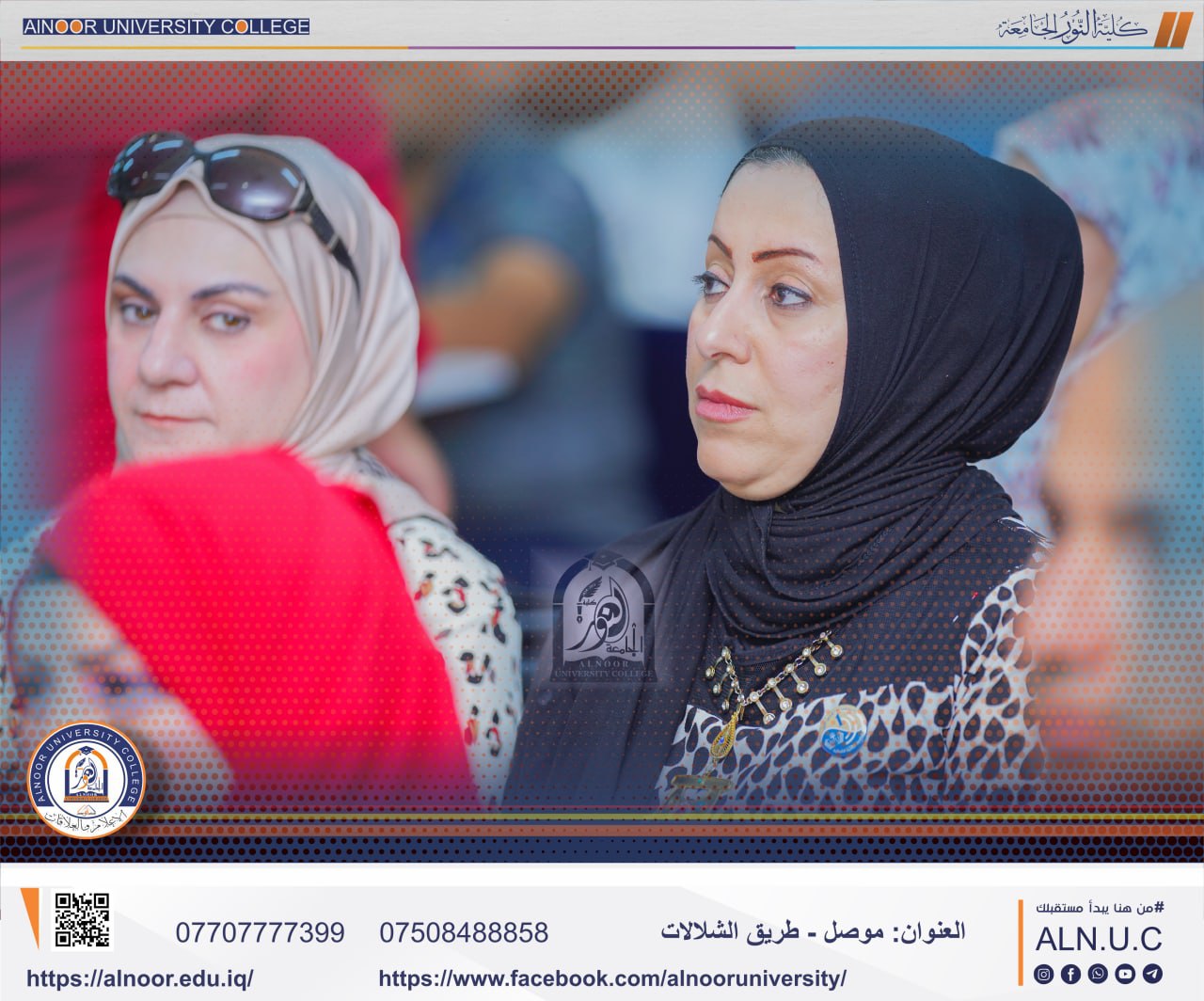 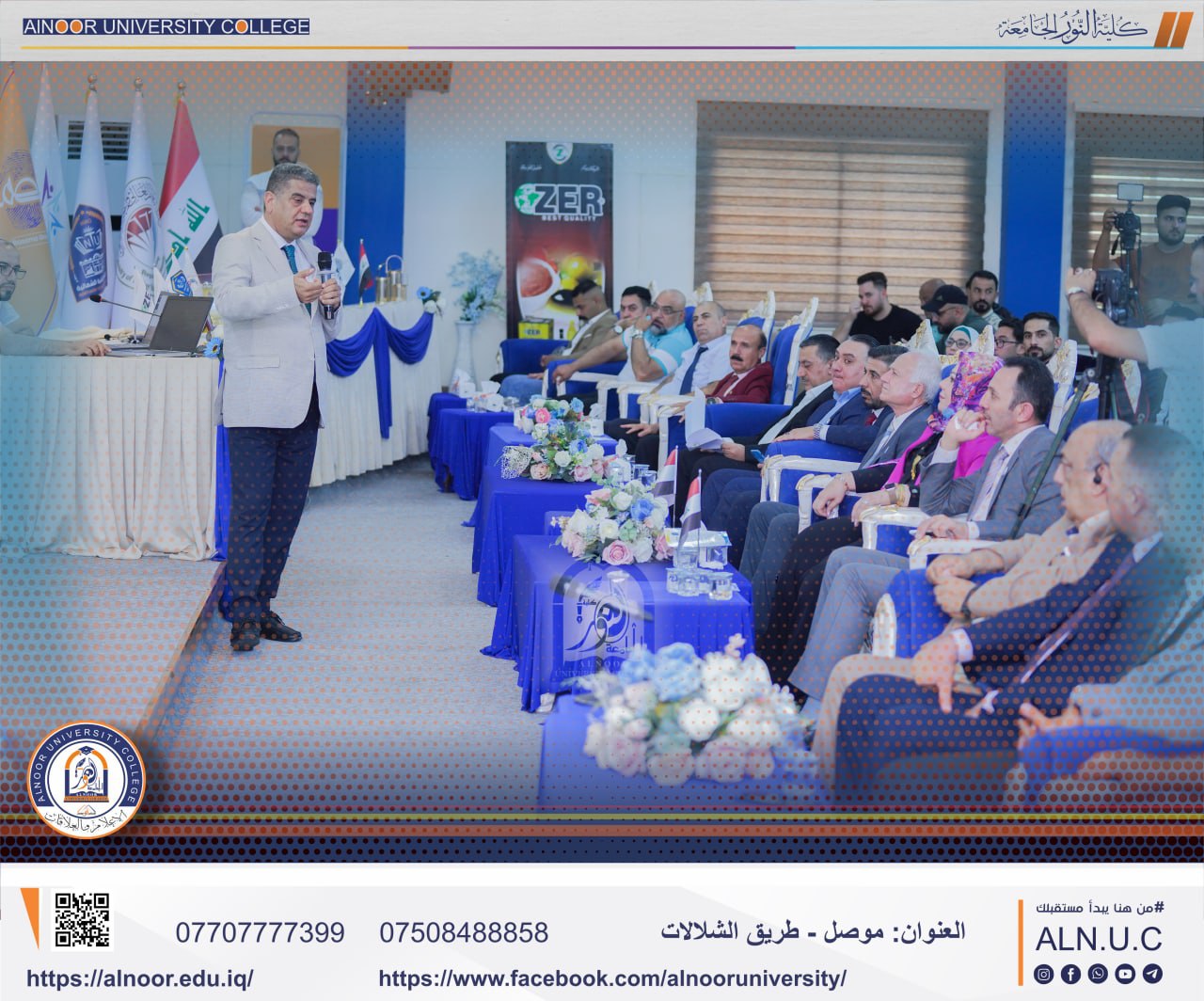 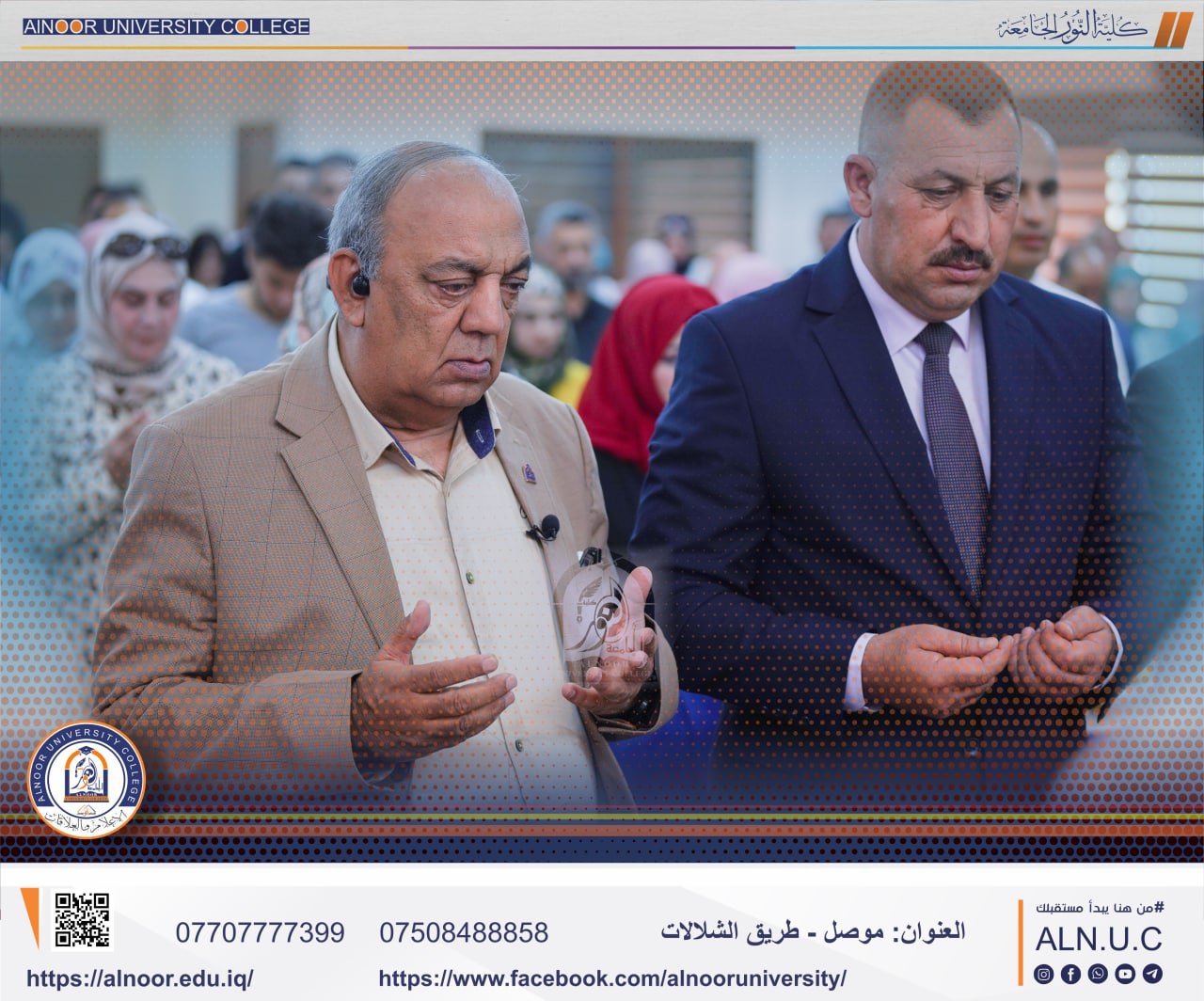 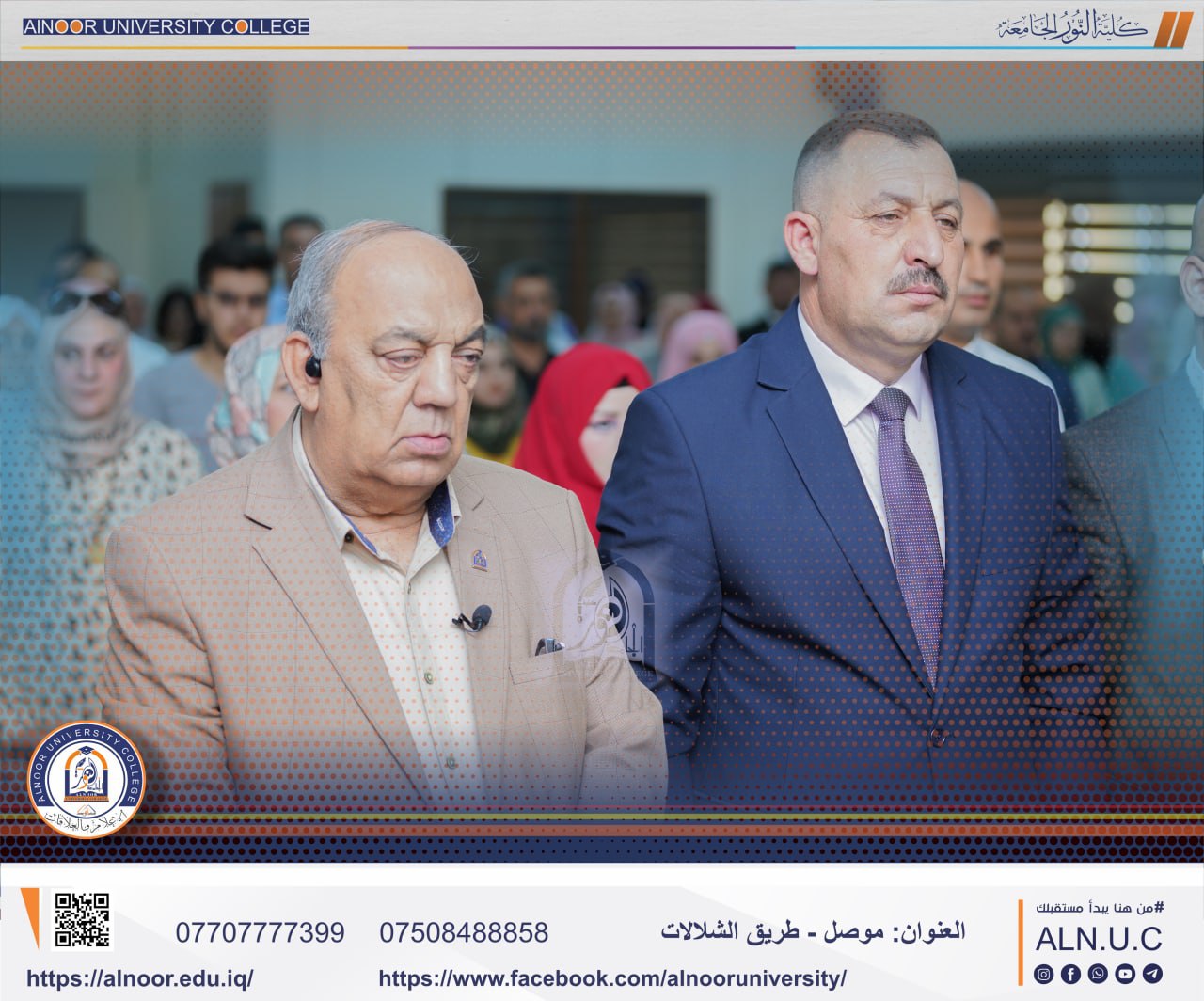 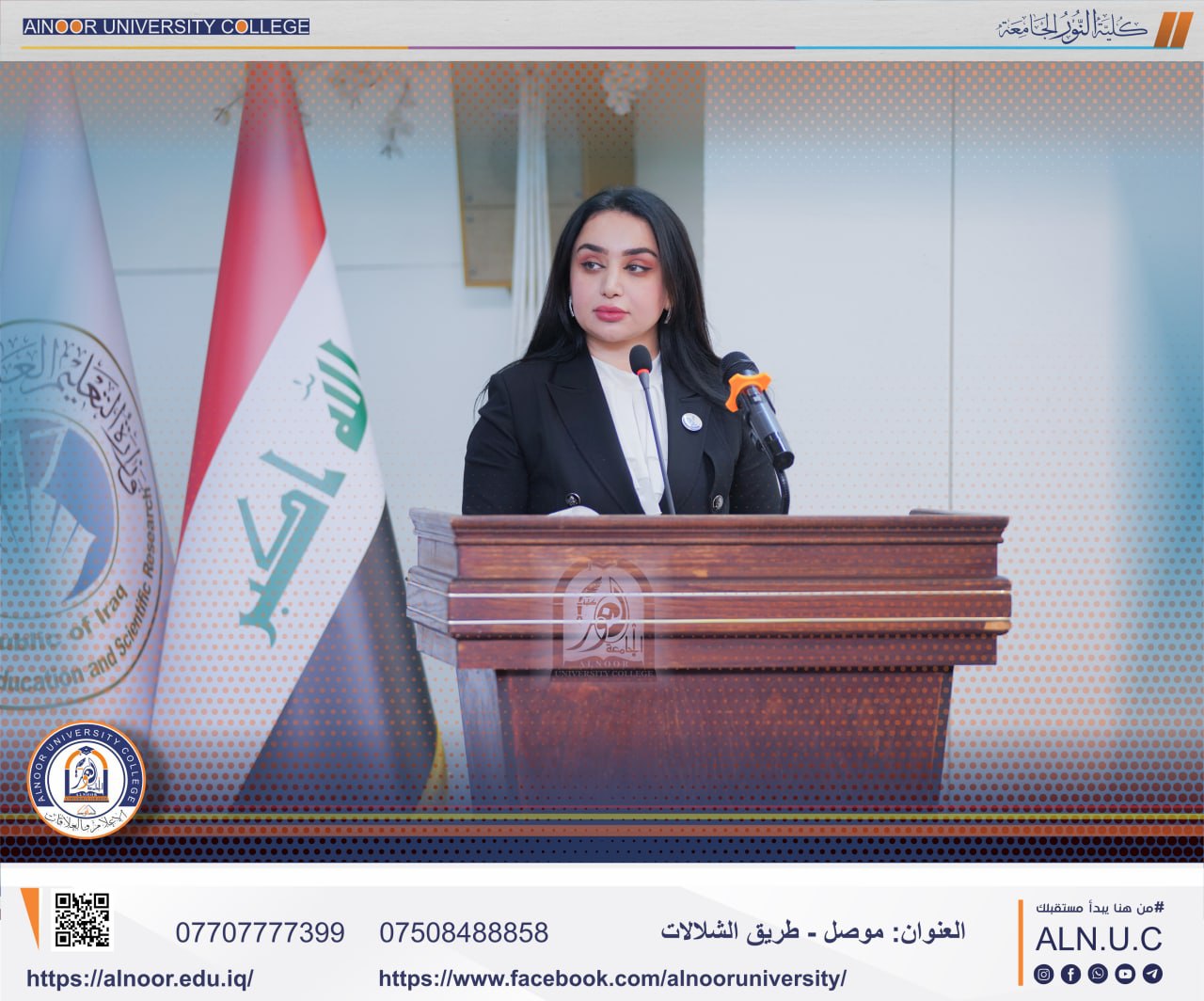 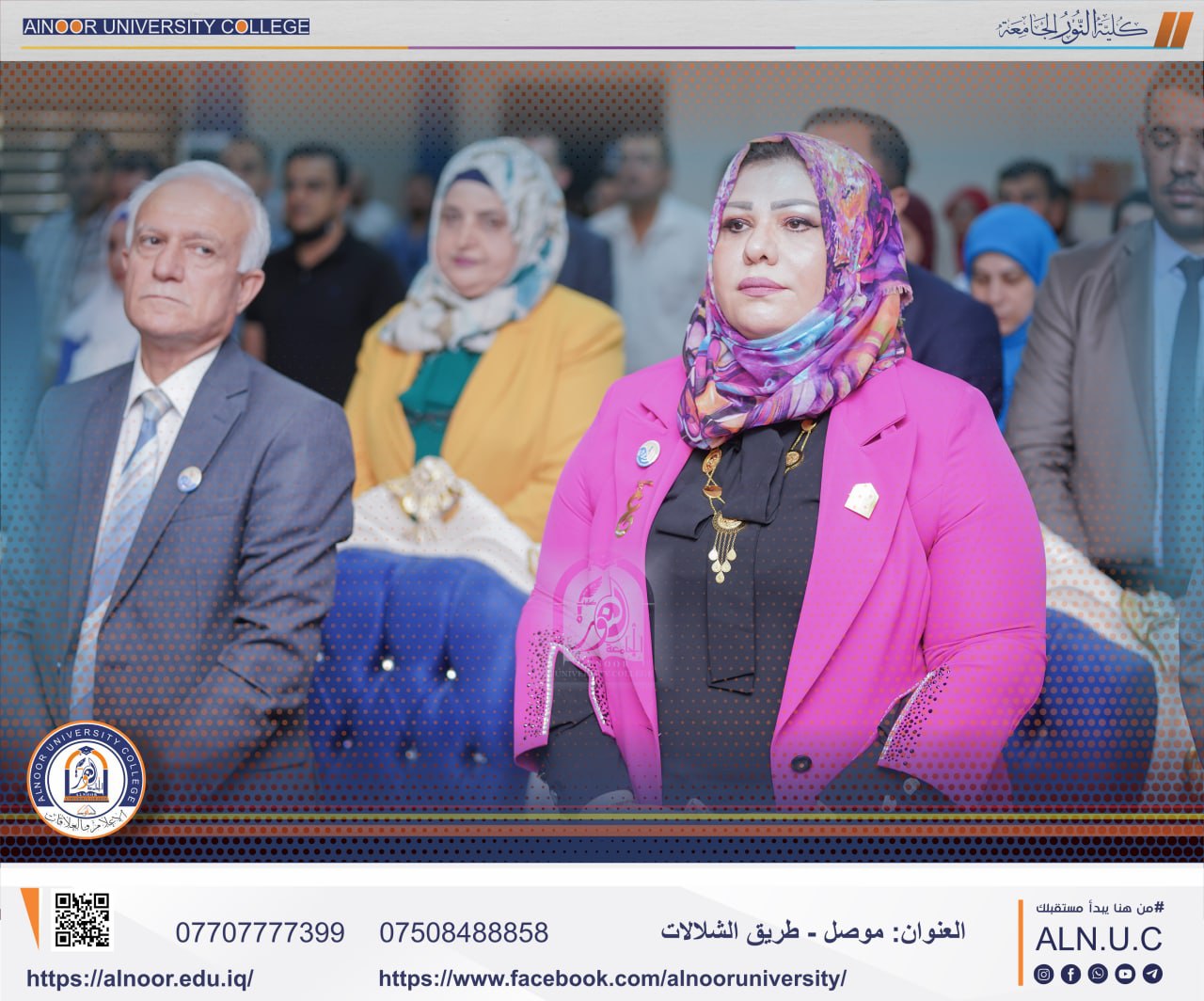 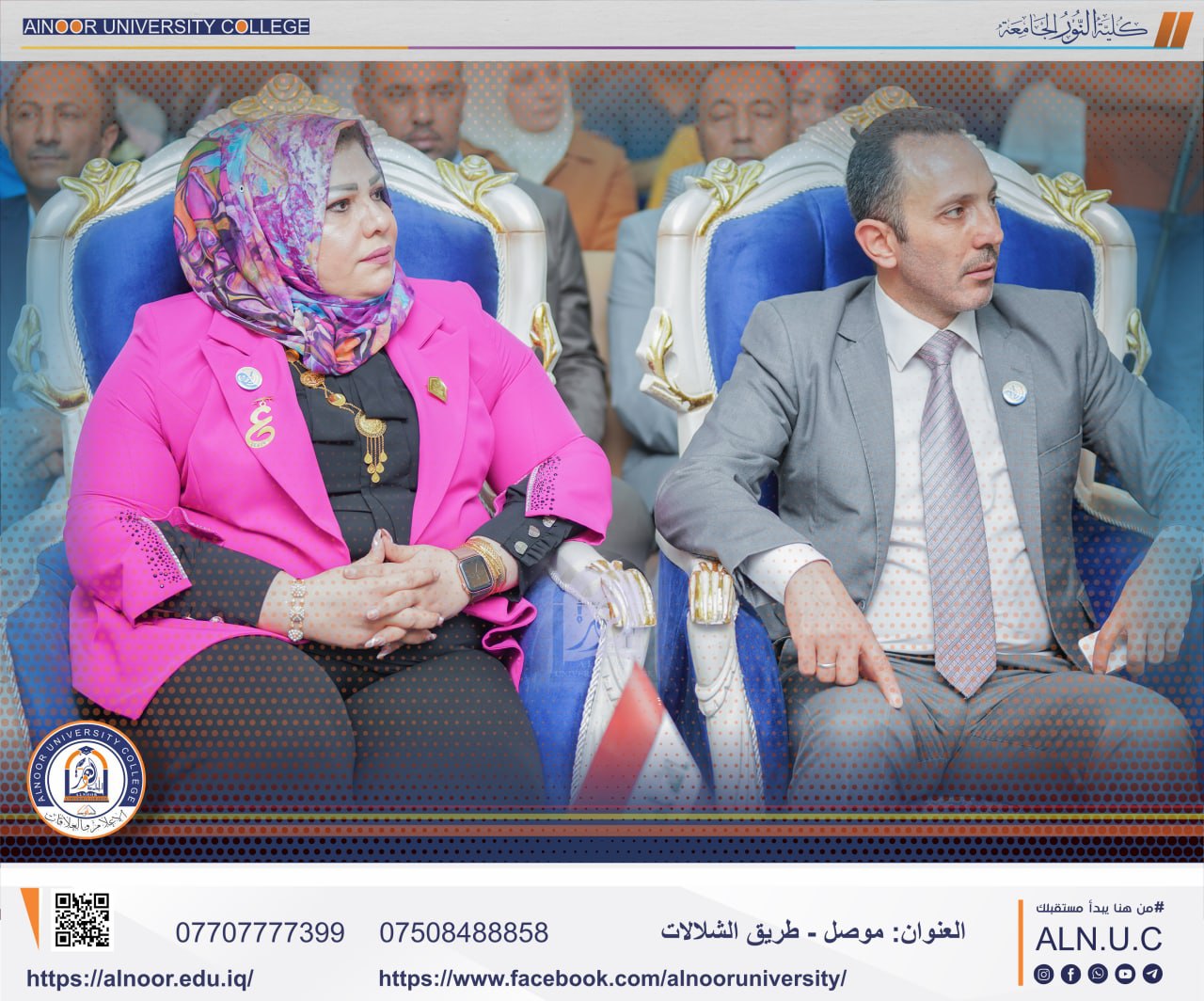 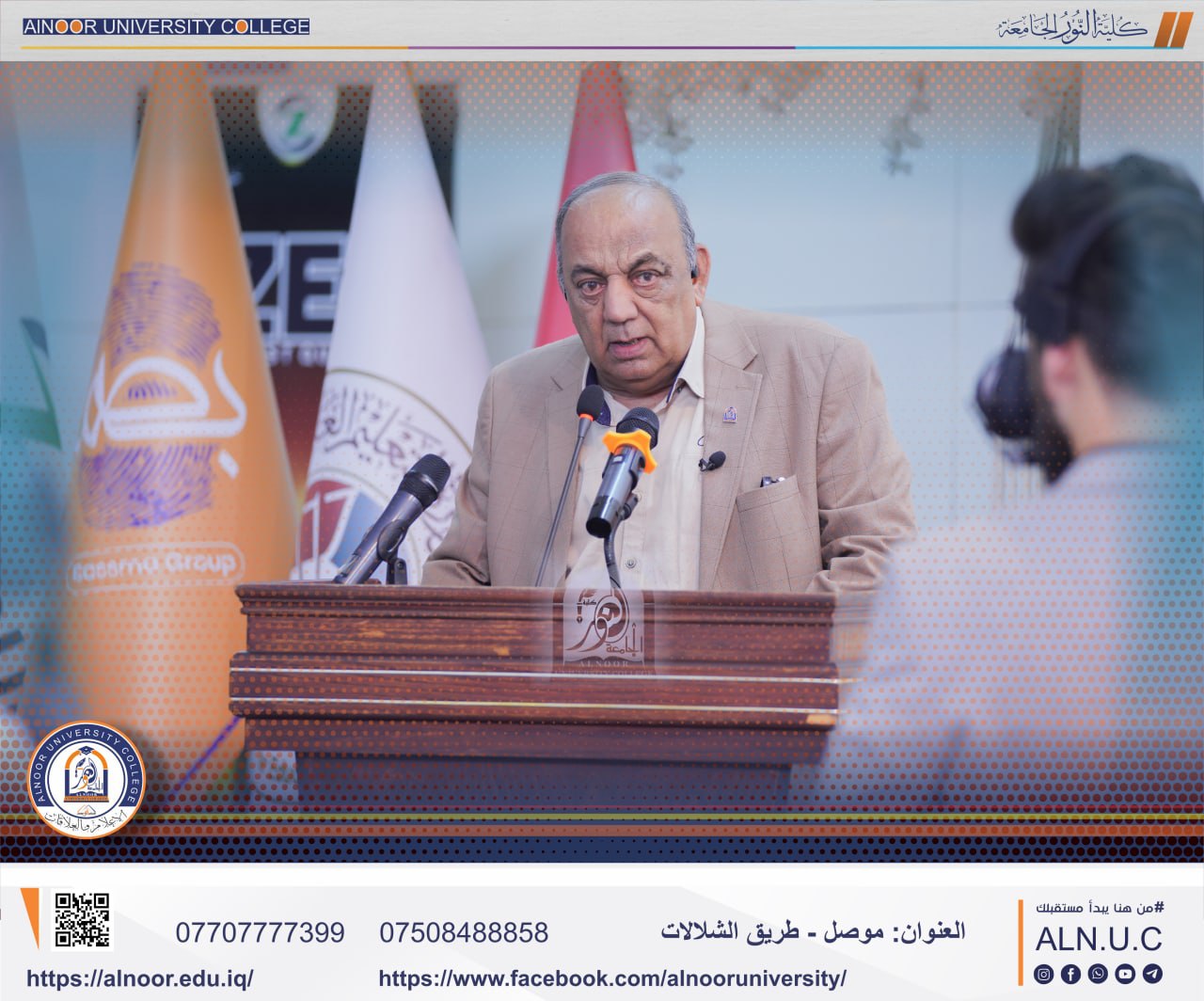